A Bolt Out of the Blue - GUCI

On Shabbat, with not a storm cloud in sight, a bolt of lightning struck three campers at Goldman Union Camp Institute GUCI. The lightning strike that hit the camp was the only lightning strike in the area at all according to the article on Indystar.com and the storm was not close to the camp at the time. It was a "bolt out of the blue."

We had a lightning strike here at camp, and three campers were injured.
They and their families are at the hospital, and are receiving excellent care. Our faculty, rabbis, and staff have been with them throughout. As parents, I'm sure you understand that we will not be sharing the details of the camper's conditions. Nor will be releasing their names. They are from the following synagogues: Shaare Emeth, St. Louis; Rockdale Temple, Cincinnati; and The Temple, Louisville. Yesterday our focus -- as we know you would want it to be - was on the injured, and on our campers and staff. We reached out to the entire camp community as soon as practical, ensuring that we shared only completely accurate information. We will continue to do so as appropriate. I could not be prouder of how our staff reacted yesterday, nor more appreciative of the outstanding response from the Zionsville paramedics.

I do not have all of the details of what happened. I do know from the Caring Bridge page posted by the parents of the most critically injured child, a boy from Cincinnati whose name I will not mention, that the three injured children were playing Ultimate Frisbee in the summer sun, something that the kids do every single day of the summer and have played every day for well beyond the twelve years that I have been coming to camp. Then as I understand it, with a bolt out of the blue, what is truly exceptional about GUCI came to the forefront.

Members of the camp staff acted heroically and saved lives. I am not going to say that they became heroes. One is a hero by nature. Life sometimes gives people the opportunity to demonstrate their best. On this day of challenge, in perhaps the most stressful moments of urgency that will occur during their lifetimes, they showed that the preparation and training, compassion and passion, which have long been the hallmarks of Goldman Union Camp and its staff, when put into action can make a difference not just in theory but in real life.

Every morning at GUCI, the camp sings “L’takein”, also known as the “Na Na Song” because of its introductory chorus. These are the words written by Danny Nichols, who has been a part of the GUCI community since childhood, words that inspire the faculty, staff, counselors and campers at GUCI every day:

Blessed are you, Adonai, our God, Ruler of the Universe, who has given us the opportunity to mend the world!

Simply put, when that opportunity came with urgency on Shabbat afternoon, people imbued with the concept that they could mend the world, helped to save the lives of three children.


There are going to be times in our lives, hopefully very few, when we will be struck by a bolt out of the blue, suddenly confronted by a difficult challenge. For most of us, those words will only be idiomatic. For three children on a Shabbat afternoon at camp, it literally happened to them. When such an occurrence happens to us, may we be blessed to be among those who have the compassion and care to reassure us as we face the difficulty and the ability to help us to overcome the challenge. This past Saturday afternoon, Goldman Union Camp Institute proved what I have known for many years, that it is such a place. It is why I send my kids to camp, why I spend time on faculty at camp, and why I encourage others to send their kids to camp. GUCI is a special place and its faculty and staff are exceptional people.
Posted by Rabbi Kaufman at 6:41 AM 4 comments: 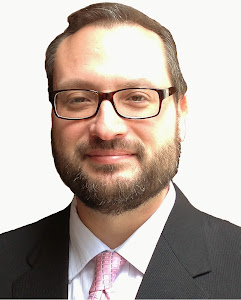